CA Final Amendments for May 2022 - Latest Update By ICAI

The October 2021 edition of the study material for final exam 4: Corporate and economic laws [comprising three modules - modules 1-2 on Part 1: Corporate Laws and Module 3 on Part 2: Economic Laws] includes amendments made until April 30, 2021.

Notifications, circulars, and other legislative modifications issued before October 31, 2021, will be relevant and valid for the May 2022 exam.

In the Companies (Registration of Foreign Companies) Rules, 2014, in Rule 2(1)(c), the following Explanation shall be inserted, namely:-

Electronic mode means carrying out electronically based, whether the main server is installed in India or not, including, but not limited to –

For the purposes of this clause, electronic-based offering of securities, subscription thereof, or listing of securities in the International Financial Services Centres set up under section 18 of the SEZ Act, 2005 (28 of 2005) shall not be construed as ‘electronic mode’ for the purpose of clause (42) of section 2 of the Act.

Means a company, other than a public company,—

Special Court to release the property [Section 58A]:

Where on the closure of the criminal case or conclusion of a trial in a criminal court outside India under the corresponding law of any other country, such court finds that the offense of money laundering has not taken place or the property in India is not involved in money-laundering, the Special Court may, on an application moved by the concerned person or the Director, after notice to the other party, order release of such property to the person entitled to receive it.

Letter of the request of a contracting State or authority for confiscation or release the property [Section 58B] :

(a) the death of the accused or

(b) the accused being declared a proclaimed offender, or

(c) for any other reason or having commenced but could not be concluded,

the Central Government shall, on receipt of a letter of request from a court or authority in a contracting State requesting for confiscation or release of property, as the case may be, forward the same to the Director to move an application before the Special Court and upon such application the Special Court shall pass appropriate orders regarding confiscation or release of such property involved in the offense of money-laundering.

Attachment, seizure, and confiscation, etc., of property in a contracting State or India [Section 60] :

(1) Order for the execution of a letter of request:

sub-section (6) of section 8, and such property is suspected to be in a contracting State, the Special Court, on an application by the Director or

the Administrator appointed under sub-section (1) of section 10, as the case may be, may issue a letter of request to a court or an authority in the contracting State for execution of such order.

(2) Forward such letter of request to the Director:

an authority in a contracting State requesting attachment, seizure, freezing or

confiscation of the property in India derived or obtained, directly or indirectly, by any person from the commission of an offense under a corresponding law committed in that contracting State-

the Central Government may forward such letter of request to the Director, as it thinks fit, for execution in accordance with the provisions of this Act.

(2A) Property involved in money laundering stand to be confiscated by the Central Government:

the Special Court shall, on receipt of an application from the Director for the execution of confiscation under subsection (2), order, after giving notice to the affected persons, that such property involved in money-laundering or

which has been used for the commission of the offense of money-laundering stand confiscated to the Central Government.

(3) Director to direct for tracing and identifying such property:

The Director shall, on receipt of a letter of request under section 58 or

section 59, direct any authority under this Act to take all steps necessary for tracing and identifying such property.

(4) The steps may include any inquiry, investigation, or survey in respect of any person, place, property, assets, documents, books of account in any bank or public financial institutions, or any other relevant matters.

(6) The provisions of this Act relating to attachment, adjudication, confiscation, and vesting of property in the Central Government contained in Chapter III and survey, searches, and seizures contained in Chapter V shall apply to the property in respect of which letter of request is received from a court or contracting State for attachment or confiscation of property.

(7) When any property in India is confiscated as a result of execution of a request from a contracting State in accordance with the provisions of this Act, the Central Government may either return such property to the requesting State or compensate that State by disposal of such property on mutually agreed terms that would take into account deduction for reasonable expenses incurred in the investigation, prosecution, or judicial proceedings leading to the return or disposal of confiscated property.

Procedure In Respect Of The Letter Of The Request [Section 61]:

Notice, etc., not to be invalid on certain grounds [Section 68]:

Stay tuned for more amendments in ICAI CA Final Exams 2022 will be shared in the next few days. Keep following us for the latest amendment updates.

How to Get Rank in CA Final Examination 2022

Q : Where can I see the modifications on the ICAIs official website? ?
A : CA journals, which arrive one to two months after the budget is announced, may be used. Otherwise, you may examine the highlighted/bold areas for modifications in the final DT textbook through the BOS knowledge portal on the ICAI website. Otherwise, you may obtain materials created by accountants for budget seminars to discuss modifications. Or you can visit our site for regular latest updates by ICAI. 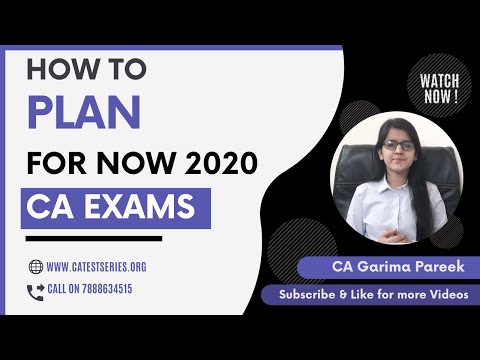 CA Inter latest updated chapter wise weightage for all subjects of group 1 and group 2. This weighta... Chartered accountant salary in India is dependent on his job profile and the company that hires him.... CA Inter Amendments For May 2020

With the constant changes happening in law it is very important for ca students to be in line and ke... Not a member ? Register Now